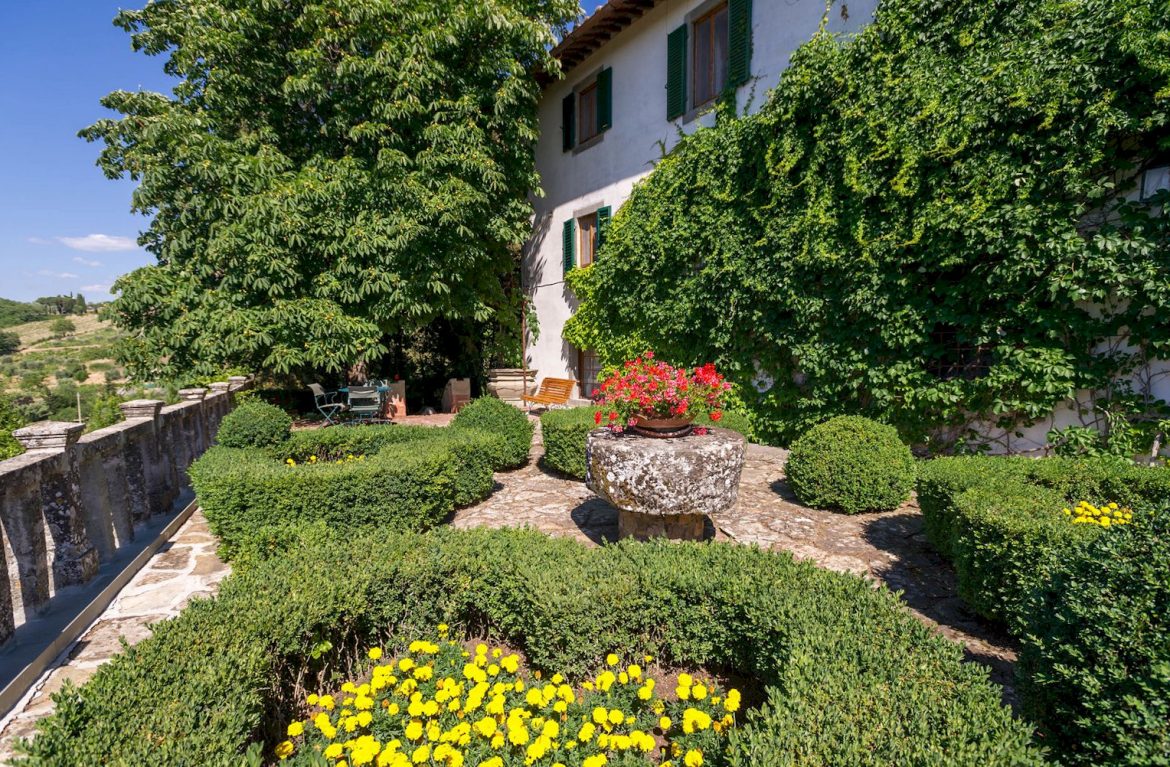 Luxury and villa accommodation near Panzano, Place to stay in Chianti

If you’re thinking of staying in a traditional luxury villa hotel in Chianti, Villa Le Barone is the place for you. Villa Le Barone was once the seat of a Baronetcy (hence its name) and was originally built as a watch tower in the middle ages. By the late 14 C, the tower had been torn down and the main building turned into a farm house and later a villa. During the late Renaissance, the descendants of the famous Florentine ceramicist Luca Della Robbia made Villa Le Barone their Chianti farm and summer retreat. The Villa Le Barone maintained its traditional agricultural purpose well into the 20 C. The property was inherited by Marie-Blanche, widow of the late Marquis Viviani Della Robbia who used modernised agricultural techniques to improve the wine and olive oil produced by Fattoria Le Barone, as described in her celebrated book “A Farm in Chianti”. Upon her death in 1971, her daughter Franca, then aged 64, took over Villa Le Barone and converted it into a luxury rural hotel. Today, Corso Aloisi de Larderel, Franca’s cousin, and his wife, Jacqueline, are the current custodians and spend much of their time now at Hotel Villa le Barone, dedicated to ensuring that Hotel Villa Le Barone continues to offer the best of traditional Tuscan hospitality in beautiful and serene surroundings.

The rooms and lounges are extremely inviting, beautifully furnished with charming, family antiques and paintings. There are 28 guestrooms, some with their own terrace. All are differently decorated, with modern tiled bathrooms. Needless to say, the rooms are air-conditioned. Dinner, based on typical Tuscan recipes, is served in the restaurant, which formerly housed the winery, or on the terrace during sunny weather. The gardens are well-established and spectacular and the swimming pool is romantically set in a rose garden terrace looking over the vineyards. Villa Le Barone also provides a tennis court with a beautiful view on the Chianti hills and a fitness centre.

Villa Le Barone is an ideal base from which to explore some of Tuscany’s most beautiful cities, as well as the surrounding Chianti wineries, and of course the small towns of Panzano and Greve in Chianti which are nearby. Magnificent hiking and biking possibilities are available around the Villa, and there is an 18 hole golf course within an easy drive at Ugolino on the road towards Florence.

And if you’re looking for accommodation in Tuscany with a tennis court, Villa Le Barone is the place for you!