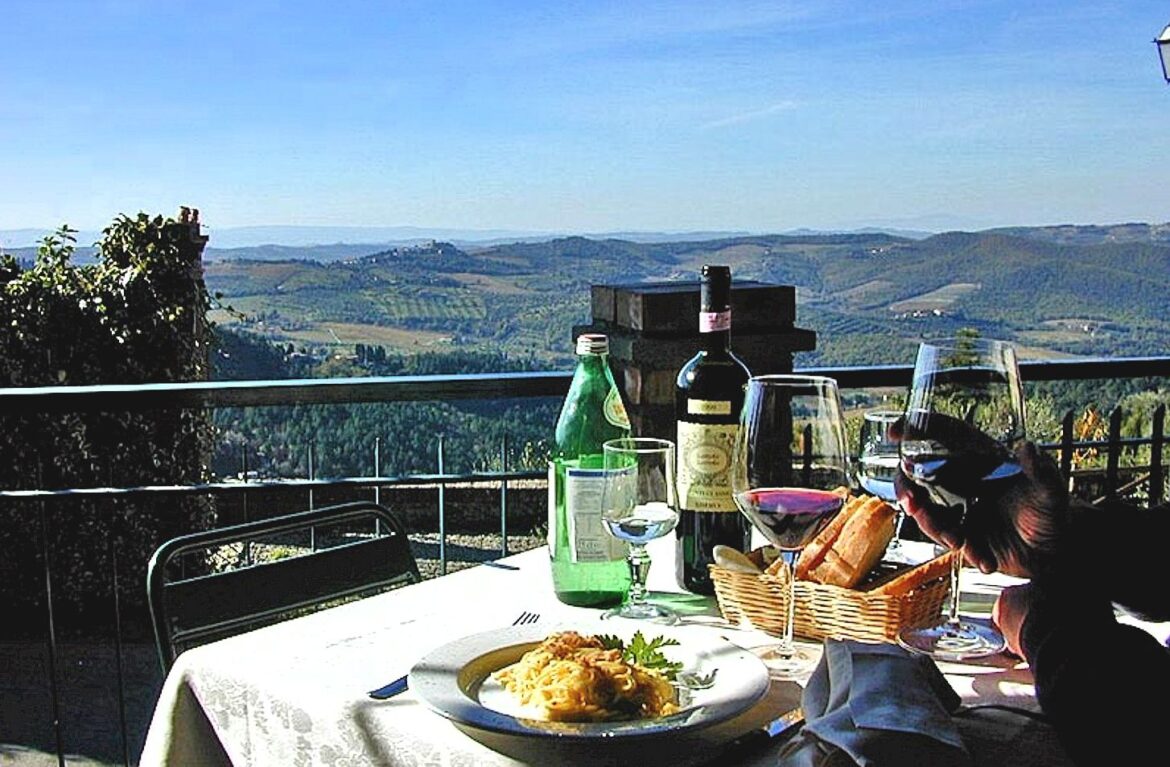 Interesting activities at Panzano, Things to see and do at Panzano in Chianti

Visit the hilltop village of Lamole near Panzano in Chianti, Tuscany

Lamole is located on a high ridge on the other side of the valley of the Greve river from Panzano, and is a popular half-day excursion from Panzano. To get there, drive down from Panzano into the valley towards Greve in Chianti and turn to the left at Barbiano, pass across the Greve flood plain and thence uphill past a number of very small villages to Lamole. Some drivers find the steep drop on the side of parts of the road intimidating, but in fact it’s a very scenic drive. It’s also possible to continue on through Lamole to Volpaia and further into the Siennese Chianti.

The views from Lamole are truly spectacular, even in a Region of spectacular views, especially towards the end of the day.

Lamole village lies a short distance after the Castle of Lamole which is the original settlement of the area. Both Lamole itself and the castle are located at roughly 600 m above sea level, with spectacular views out over the Chianti hills, covered by expanses of vineyards, olive groves, and chestnut and oak forests. The Castello di Lamole was part of the defensive network on the border between the territories of Florence and of Sienna, along with many other structures of this type.

The origin of the Castle of Lamole, which is now private property, is lost among the obscure events of the 10 C that led to the mediaeval phenomenon of “fortification” of the rural buildings and the conversion of watch towers into fortified farmhouses. The castle, which is in essence a fortified village, has an elliptical shape of about 600 m in circumference with houses integrated into most of the walls, so that the outside walls of the houses form the wall of the castle, exactly as in Montefioralle and other similar inhabited nuclei. However, the ancient walls are still visible on the north western side. The village is crossed in length by two narrow streets that connect three tiny squares.

A Florentine document dated 23 August 1478 reports that during the advance of the Aragonese troops against the Siennese, the castle of Lamole was besieged and burned. It was rebuilt after Florence won the battle against Sienna and once again became a link in the Florentine control chain of the territory, carrying on its administrative role throughout the 16 C under the rule of the Medici. As its military importance faded with the final submission of Sienna, the castle saw its towers and their “luxurious houses” transformed into country residences, which took on their current appearance. New buildings were built over the mediaeval structures. The steep terrain around the castle was terraced for vineyards, olive trees and the cultivation of iris. Chestnut woods with construction timber and walnuts became a major economic resource for the inhabitants.

More about Lamole in Chianti.