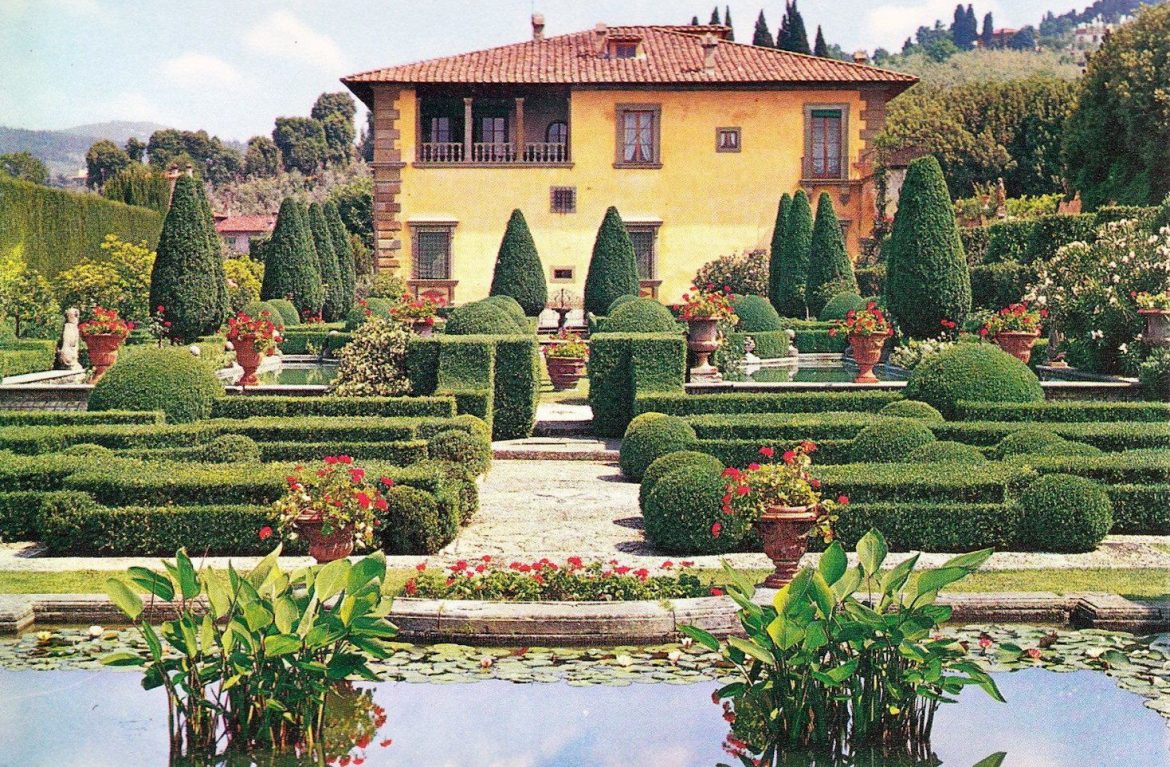 Things to see and do at Panzano in Chianti, Tours and excursions from Panzano

Villa Gamberaia, famous for its classic italianate gardens, is located at Settignano, in the hills above Florence

Villa Gamberaia is surrounded by one of the most famous formal gardens in Tuscany, perhaps in all Italy. The grounds of Villa Gamberaia may be visited by the public upon payment of an entrance fee and it is also possible to arrange a tour of the villa itself. The best way to reach the villa is by car or taxi from Florence, although it is also possible to take the bus from Florence to Settignano and to walk the rest of the distance to the villa.

The villa, originally a farmhouse, was owned by Matteo Gamberelli, a stonemason, at the beginning of the 15 C. His sons, Giovanni and Bernardo, became famous architects under the name of Rossellino. After Bernardo’s son sold the property to Jacopo Riccialbani in 1597, the house was greatly enlarged, then almost completely rebuilt by the following owner, Zenobi Lapi. Documents from his time mention a limonaia and the turfed bowling green that is part of the garden layout today. The villa was completed in its present form in the early 17 C by the Florentine noble Zanobi Lapi in the Tuscan style, and combines interesting architectural features of both an urban palazzo and suburban villa. In the 18 C, the property belonged to the Marchesi Capponi, and by that time the house and gardens had acquired the characteristic elements seen in the famous engraving by Giuseppe Zocchi (1744): the cypress allée, bowling green, nymphaeum, grotto garden, boschi, parterre and limonaia (lemon terrace).

At the end of the 19 C, the reputed Princess, Jeanne Ghyka, rumored sister of Queen Natalia of Serbia, began the transformation of the parterre de broderie into the beautiful parterre d’eau, enclosed at its southern end by a majestic cypress arcade. Elegant expressions of topiary art were created by the American-born Mathilda Ledyard Cass, Baroness von Ketteler, in the following decades. During the Second World War, the villa and its gardens were severely damaged. After the War, the villa became the property of Marcello Marchi who restored the villa and gardens, with the help of old plans, maps and phtographs. His heirs, Luigi Zalum and family, have continued the work of restoration and conservation, and made the gardens accessible to the public.

More about the gardens of Villa Gamberaia.

A number of houses and other buildings within the grounds of Villa Gamberaia have been transformed into fully-furnished guest houses and apartments, available for short holidays and longer vacations ­­- a wonderful alternative to a standard apartment for rent in Italy! Guests have access to a swimming pool and, of course, the grounds of the villa.