Montefioralle
You are here:
Home » Things to see and do at Panzano in Chianti » Tours and excursions from Panzano » Montefioralle 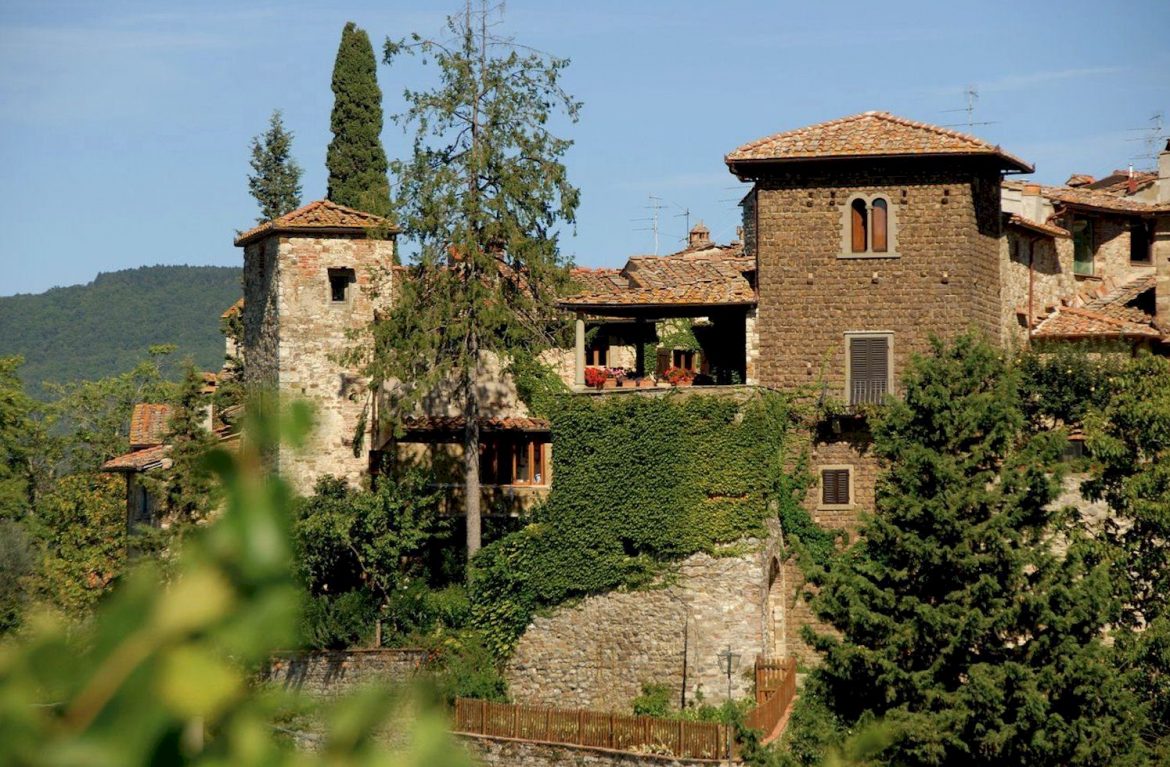 Visit the walled mediaeval village of Montefioralle near Panzano and Greve in Chianti, Tuscany

Montefioralle, often referred to locally at “il castello di Montefioralle“, is a tiny and very charming walled village located about 1.5 km uphill from Greve in Chianti and 7 -8 km from Panzano. It takes roughly 15 minutes to drive to Montefioralle from Panzano, along one of two routes. Along the main road to Florence, the Chiantigiana (SR222), you drive through Greve and turn left at the second traffic light, and then drive uphill for 1.5 km.  The second route is to take the road to Mercatale passing on the western side of Panzano, and after 5 km turning right at the crossroads. Both of these routes can also be followed on foot and take about one and a half hours. However, if choosing to hike through Greve, shortly after leaving Panzano, you can walk along the old main road by turning left at the sign posts for Relais Fattoria Valle. This route is a dirt road but is shorter and more scenic, passing Vitigliano luxury rental villa. It has much less traffic and, in Greve, you can hike up to Montefioralle via the road past the San Francesco Museum.

Many visitors stroll around the one and only circular street of Montefioralle without paying much attention to the buildings, but in fact the architecture repays examination. The most noted building (badly restored at some point), is a house that belonged to the Vespucci family and was probably visited often by Amerigo Vespucci when he was a young man.  There are several tower houses, two main portals and several minor entries. The church, which stands where the castle keep used to be located, is reached up a flight of steps from the main piazza. The church of Montefioralle is open on Sundays and sometimes on other days. It houses three interesting paintings and has a small museum containing chalices and other church treasures.