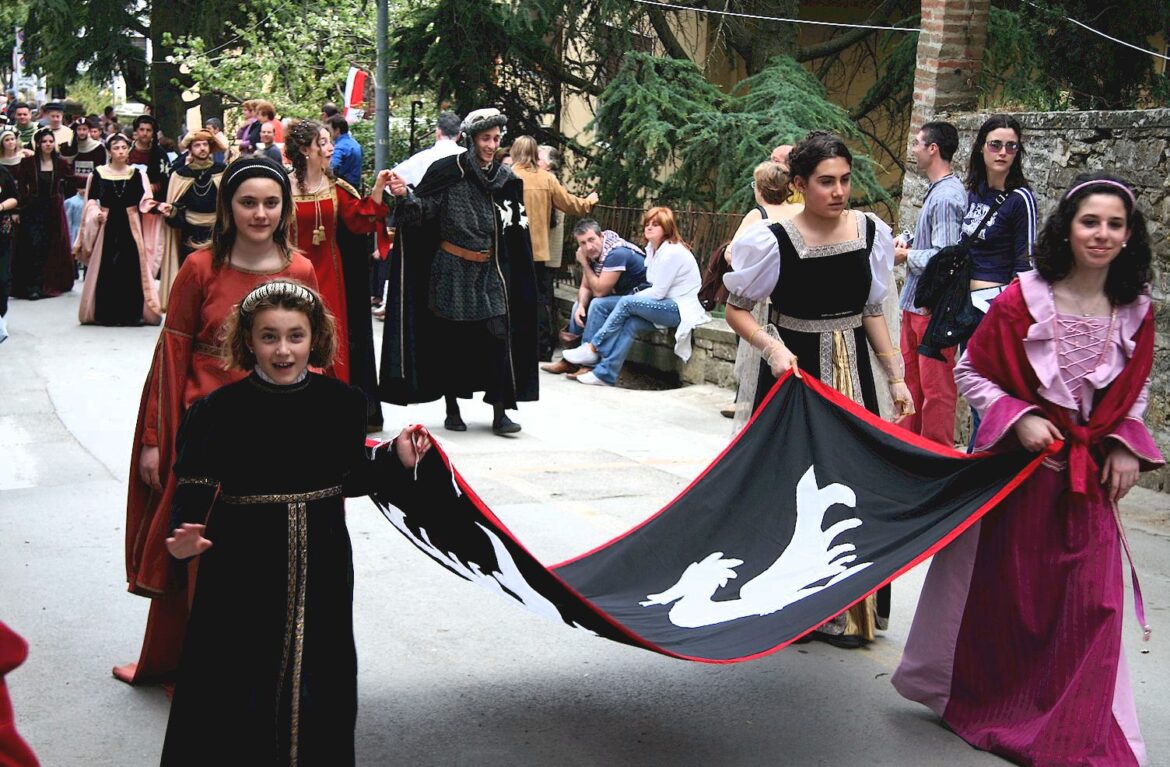 On 25 April every year – National Liberation Day in Italy – the  “Festa della Stagion Bona” is celebrated in Panzano in Chianti. The festival begins with a parade up the main street of Panzano, via da Verrazzano, with many of the inhabitants dressed in traditional costumes, some as wealthy people, others as peasants, and some are the participants in the open-air play that follows. The latter include a “condemned man” and an “executioner” in a wagon pulled by two huge white Chianina oxen. There are also usually a number of professional, costumed performers hired by the town to liven things up. These include tumblers, jugglers, stilt-walkers in elaborate costumes and so on.

The procession disperses upon arrival in Piazza Ricasoli where the traditional play is performed. This is a re-enactment, in historical costume, of the ancient feud between the noble families of Gherardini of the Castle of Montagliari and Firidoldi of Panzano, and consists of the trial of Carlo de’ Gherardini for the murder of a member of Firidolfi family. The “highlight” of the play is the very realistic hanging of Carlo de’ Gherardini. All the performers and extras are local people, and they have been chosen remarkably well to conform in appearance to their roles.

The Festival continues with a certain amount of music and dancing, later in the evening, food stands and tastings of local Chianti Classico wines. Additional entertainment varies by year but can include flag throwing teams, mediaeval games, fire eaters, mediaeval combat re-enactments and archery contests.

Participation in the festival is free and we recommend it highly if you will be in the area on 25 April.